Currently there are some ares of NY (and the NE) where the emerald ash borer (EAB) impact has resulted in significant mortality of ash, yet other areas without evidence of mortality. The unfortunate reality is that EAB will almost certainly infest all acres of NY woodlands that have ash, and the result will be widespread mortality.

There are efforts at finding biocontrol agents, and we can remain optimistic that those will prove effective. These scientists are suggesting that while…

The attached was provided at the New England Society of American Foresters meeting in Burlington, VT.

Many woodland owners harvest timber, yet wonder how to handle (optimize) the tax liability.  The "go to" website is www.timbertax.org

Another resource is from the USFS Timber Tax team and their annual timber tax "tips" attached here  TaxTips2018.pdf

If you enjoy working in your woodlot and struggle with the undesirable trees that you may not have time and skill to safely fell, this study is designed to find a solution for you.

Many woodland owners have a large number of undesirable trees, or large trees, they would like to kill, yet they lack the skill or time to safely fell these trees. Felling also may not be desirable because of the risk of damage to nearby…

Cornell's ForestConnect program is facilitating a network of forest vegetation practitioners to identify research needs and collectively build knowledge of safe and effective techniques. This network will focus on vegetation management in forest and woodlot environments using herbicide, mechanical or livestock methods. 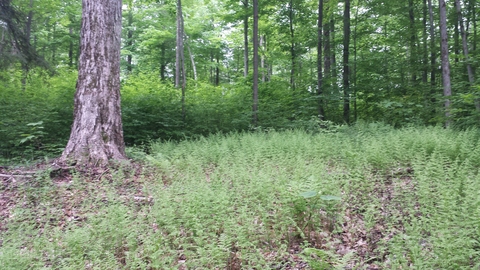 You can help this network and identify needs… cutting, is a destructive and…

Controlling Thinning - Some Concepts and Methods

The title of this blog is that of the recent webinar by Dr. Ralph Nyland, presented on June 21, 2017.  The webinar is archived at www.youtube.com/ForestConnect and there is a direct link below.

Sugarbush management is an important part of the responsibility of maple producers to ensure healthy and productive trees.  Like all the duties of a maple producer, learning how to manage your sugarbush will take some time, involve learning new skills, benefit with assistance from others who are more knowledgeable, and take some time to achieve mastery. 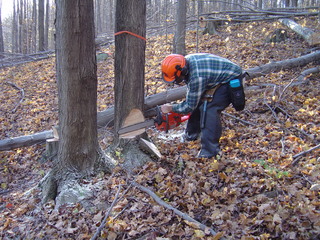 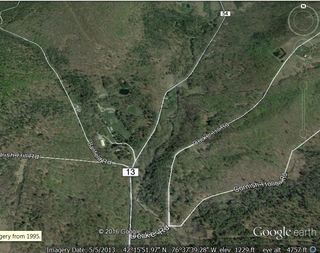 Ecology and Management of Ferns in Northeastern Forests

I just came across a new Forest Science Fact Sheet publication by Dave Jackson of PSU on the ecology and management of ferns.  If you're dealing with ferns, this is a great resource.  I've pasted the first paragraph below, and 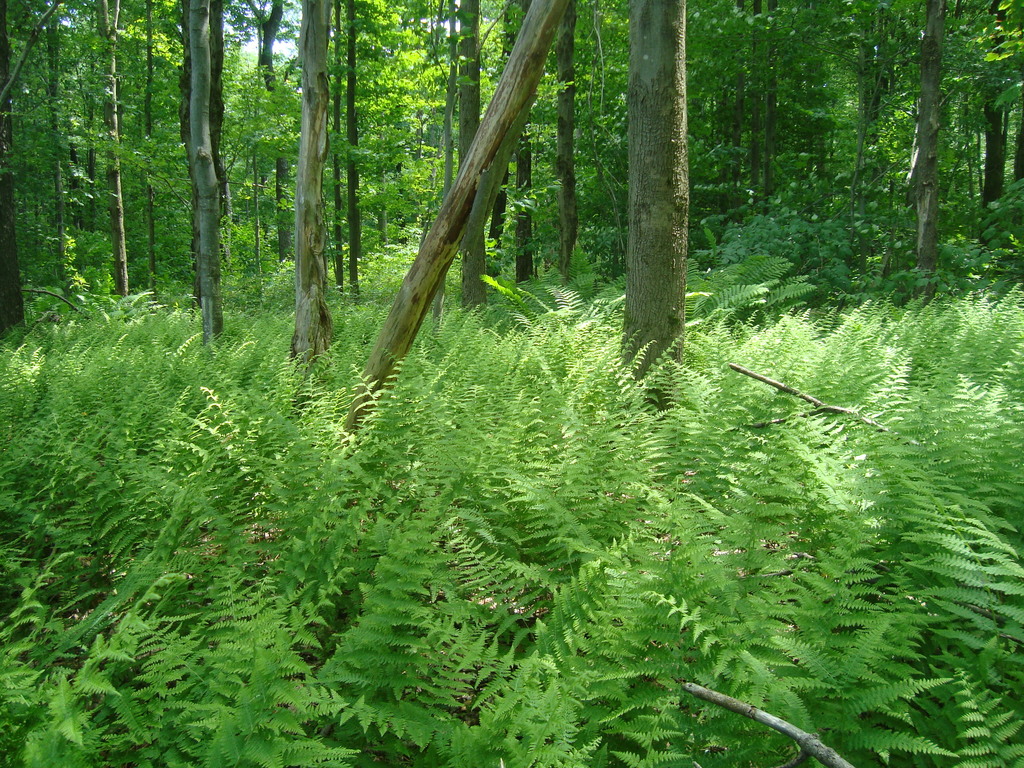 linked to the full publication. The publication is developed in the context of Pennsylvania's forests, but the message and content has application… 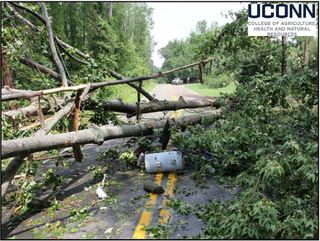 Roadside trees present special considerations for management given their crown may have an imbalance of sunlight and thus crown architecture, and because if the tree fails the consequences may impact transportation or public utility
rights-of way.…

Interference with the Regeneration of Hardwood Forests

Come to Cornell’s Arnot Forest on September 30, 2016 for a day-long workshop that will (i) provide foresters and woodland owners information about the ecological role of American beech (and other interfering vegetation) and deer in limiting forest regeneration, and (ii) review herbicide, organic and fence management strategies to ensure effective regeneration.…

Timber sales are relatively uncommon for most woodland owners, yet most properties are harvested at some point.  Harvests are infrequent, potentially of high value, and are unique in that the harvest puts the next crop at risk. Timber harvests need to have a written contract, but what details should be included in a process that isn't standardized.

A webinar on this topic will be offered on Wednesday July 20, 2016 through…

The northern long-eared bat population has declined as a result of the white-nosed syndrome.  Although forest harvesting does not impact the bat or habitat per se, felling a tree where a bat is located or disturbing a hibernaculum would be problematic.  There are both state and federal regulations that apply.

Here is communication from NYSDEC on May 5 2016

"As you may know, the northern long eared bat (NLEB) has been listed by the USFWS as threatened due to declines…

Sugar maple is one of the most iconic and economically important trees in our forests. This webinar will address some of the most important current and potential insect pests and stressors that may accentuate their impacts. Insects (and other pests) tend to target specific parts of trees.  By understanding these parts, and their interaction with pests, owners, producers and managers can better understand and utilize methods of control.  Join Mark Whitmore of the Cornell University…

Many landowners seek entrepreneurial opportunities from their woodlands, as a way to offset management costs or as part of a business venture.  Traditional opportunities have emphasized extraction of fiber (timber, firewood, pulp) or land rental fees (hunting leases), and of course maple syrup production.

The buying and selling of sap has also been part of the rural tradition of woodland enterprises. Often, though, the process for the transaction, how to value the sap, and how to…

Tree identification is a perennial favorite webinar topic, and the recent webinar on conifers was no exception.  Over 100 participants on January 20 learned about the ecology and identification of 10 common northeastern conifers.  Key features were presented, but importantly the process of learning a systematic approach was emphasized.

I recently wrote an article about the…

I did a quick notice, but wanted to give a more thorough description.  This new publication has some useful information. The state forestry stats arrive every several years, and always have solid and useful information.  This time, the analysis seems considerably richer and dissects some of the underlying patterns of forest ecology and human behavior.  This is lengthy, over 100…

It seems that many areas of the United States, and the world, have more quickly adopted agroforestry practices than New York and the Northeast.  This is especially true for forest farming practices (e.g., ginseng, mushrooms) and silvopasture. Although maple syrup production is well established here.

The potential for woodland owners to participate in and benefit from a woodland enterprise centered on gourmet mushrooms production continues to expand.  Mushroom production has…

Started by Carl DuPoldt in Agroforestry on Tuesday. 0 Replies 0 Likes

A urea application of a freshly cut Norway spruce stump surface. This treatment has been implemented as a management strategy to prevent the future crop and adjacent trees from Heterobasidion annosum infection. This is not common practice in Welsh…Continue

Why don't evergreens drop their leaves in the fall?

Started by Brett Chedzoy in Woodlot Management Oct 22, 2019. 0 Replies 1 Like

Hmmm, a timely question for the fall foliage season and a lesson that I don't remember being taught at forestry school (though I admit that I may not have been paying attention!) …Continue

Silvopasture in Wisconsin: Goals, Challenges, and other Fodder for Thought

Started by Carl DuPoldt in Agroforestry May 9, 2019. 0 Replies 0 Likes

Silvopasture in Wisconsin: Goals, Challenges, and other Fodder for ThoughtWednesday, May 29, 2019 at 11:00am (CDT)Diane MayerfeldSustainable Agriculture Coordinator, UW-Extension, Center for Integrated Agricultural Systems (CIAS) -…Continue