Happy Birthday!  C4C is one year old!  Congratulations to the entire Team!

Wow, the email list has really expanded.  I think that there are some 50 family names on it now.  Great participation!

Before describing yesterday's event, I need to tell a true story.  I might embellish it a bit, since I was not there...but you'll get the idea.  As you know, Chainsaws for Charity now has its own sign, which is located at the site on Route 20 in the town of York.  It's a nice sign and it's easy to read while passing by at the limit.  It sits in front of some hearty stacks of split firewood and just across from the remainder of Wagner Hardwoods' donated logs.  David and Celia's sugarhouse is just to the west.  A very inviting place indeed!

One day last month, a gentleman stopped his car and parked right by the sign.  David was around and the two of them got to talking about this and that.  The kind man then reached in his vehicle and pulled out a Homelite chainsaw.  He then handed the chainsaw to David.  David, increasingly unsure about what was going on asks the man, "Thank you, but why are you giving me this chainsaw?"  The man reacts confidently while looking at the sign..."Well, this is the right place for Chainsaws for Charity, right?  Please accept this chainsaw for your charity."  David accepted the saw gratefully and explained the real C4C mission of making firewood to raise funds for charity.  They both had a great laugh at the unintended consequence of the name on the sign "Chainsaws" for Charity!

NYFOA members gathered on June 3 to continue the work on the big log pile.  Here are a couple of pictures, starting with our Grill Master David: 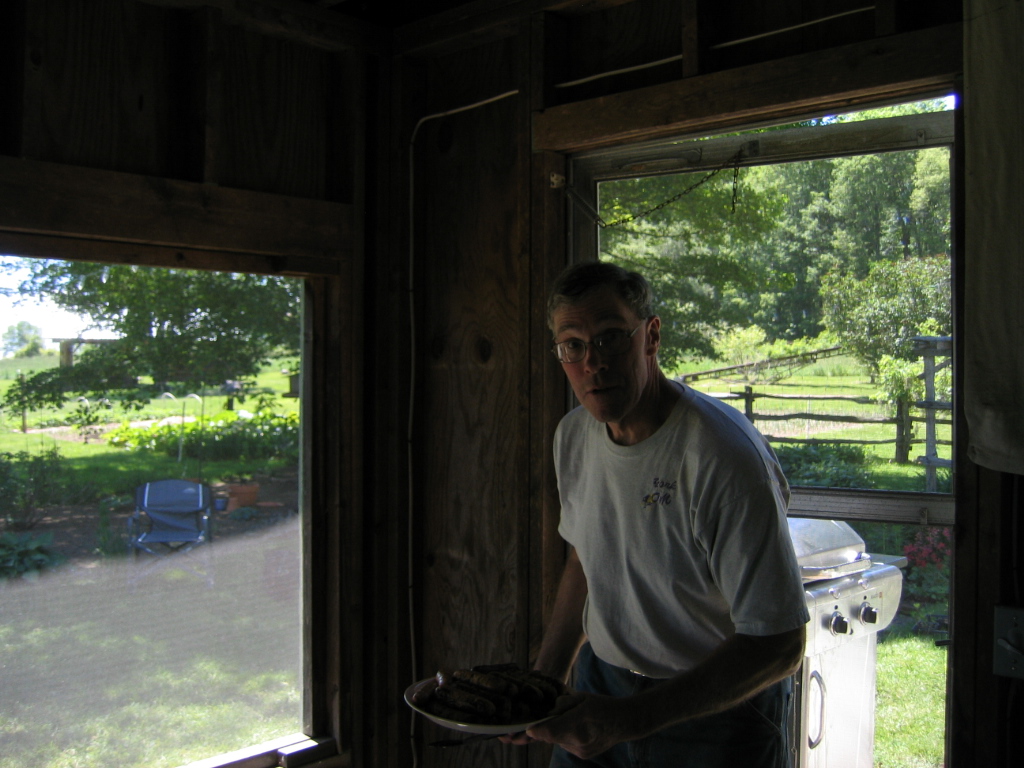 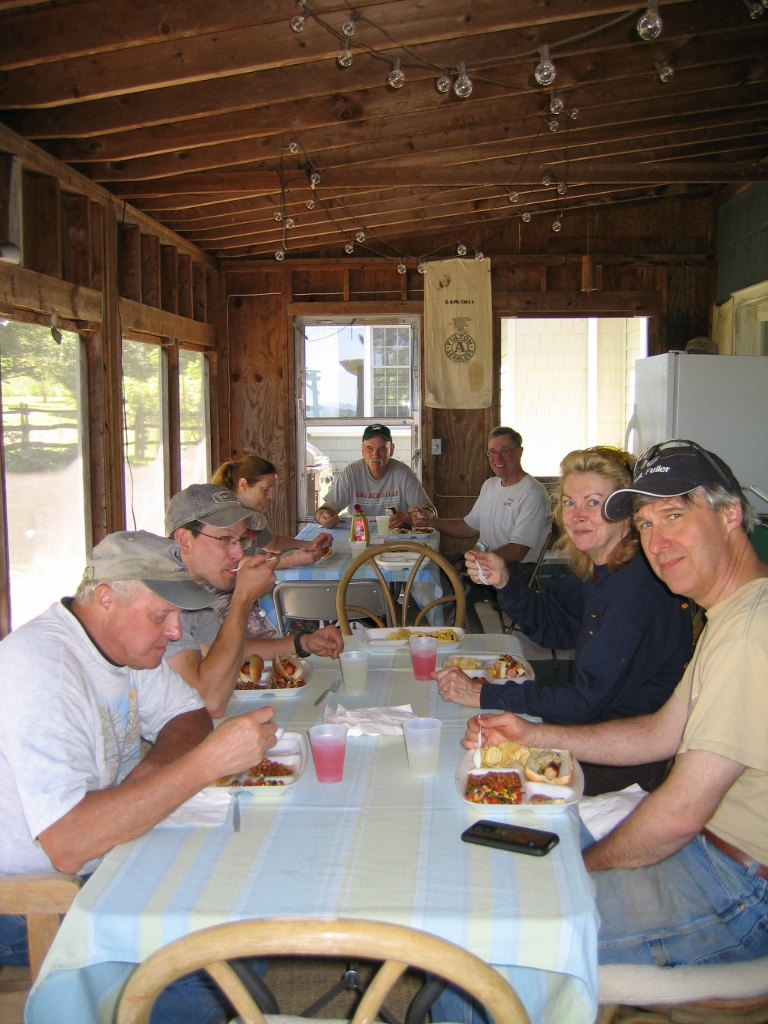 From left, around the table, to right, that's Chris, Gary, Kathy, Greg, David, Eileen, and new recruit Keith Laurier.  Celia's just off to the right, out of the frame.  Mike and Anna came by on their way to Buffalo.  Mike delivered a prototype firewood rack. 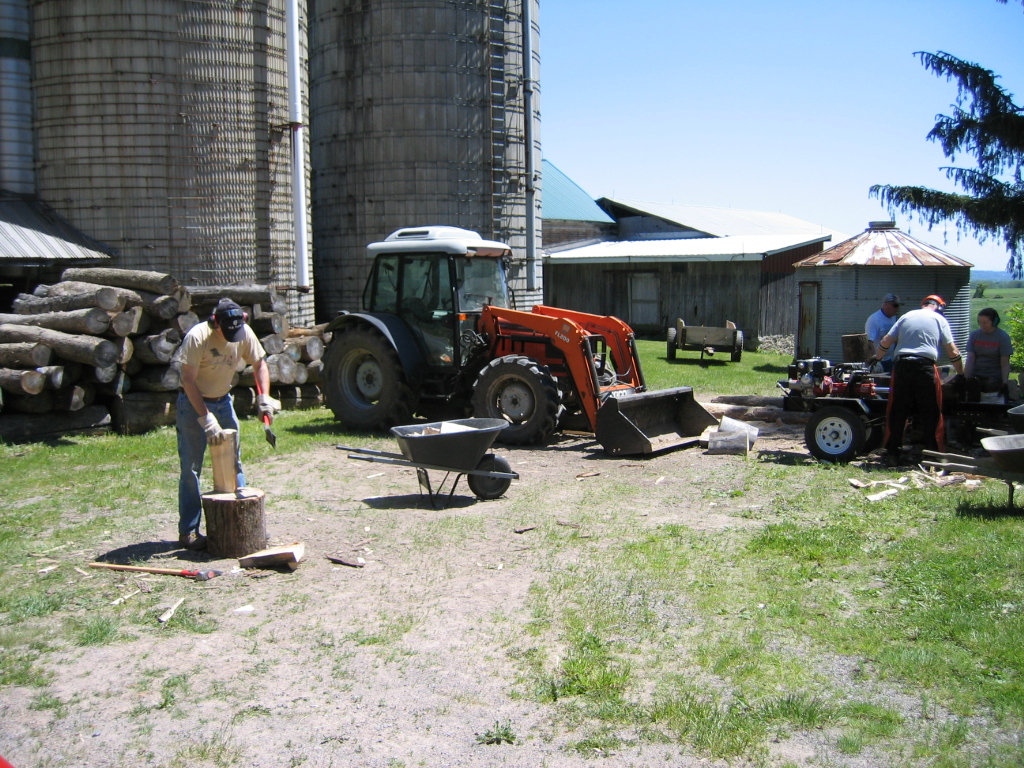 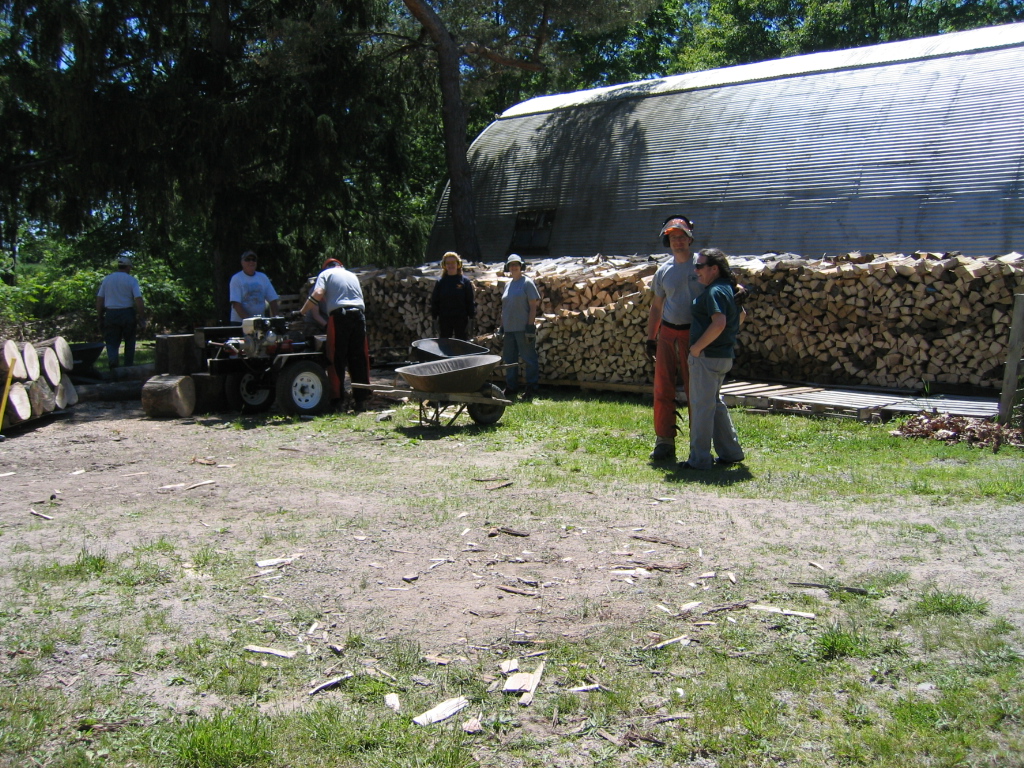 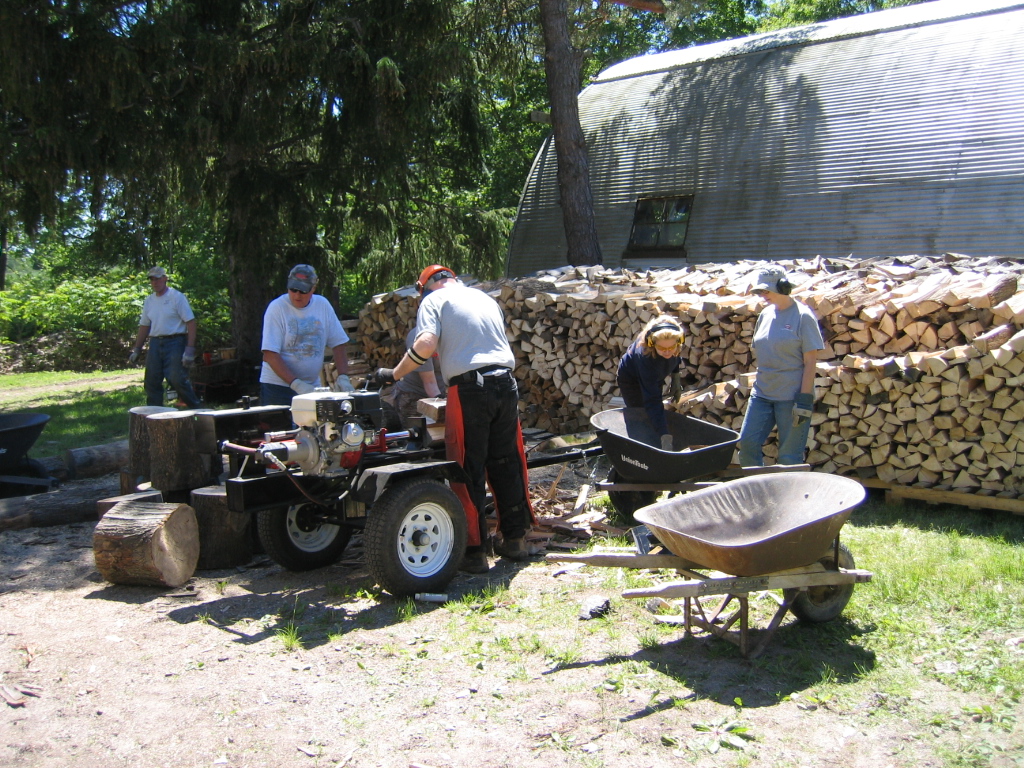 A good activity, while doing good.  It just does not get any better.  If you're a NYFOA member and would like to join in the fun, send a note to Eileen (dschaefer1@frontiernet.net).

And...if you'd like to buy some firewood to help the charities, let me know (dfaklis@frontiernet.net)!  Thanks!

As a final note...there are some ongoing discussions about expanding C4C's reach into the Southern Tier.  Ed Piestrak in Lindley is very interested in serving and making his farm available.  If you're a NYFOA member in the Southern Tier, and have interest in helping, please send me a note!  Let's put NYFOA and its charitable programs on the map all across the state.